Grant Wood Public Art resident Ali Hval worked closely with the Keokuk-Hamilton Dam Museum leadership to identify themes and imagery included in a mural on the side of their new home, 428 Main Street, Keokuk, including the design and installation of an awning and a mural design for the side of the building to be installed in the future. 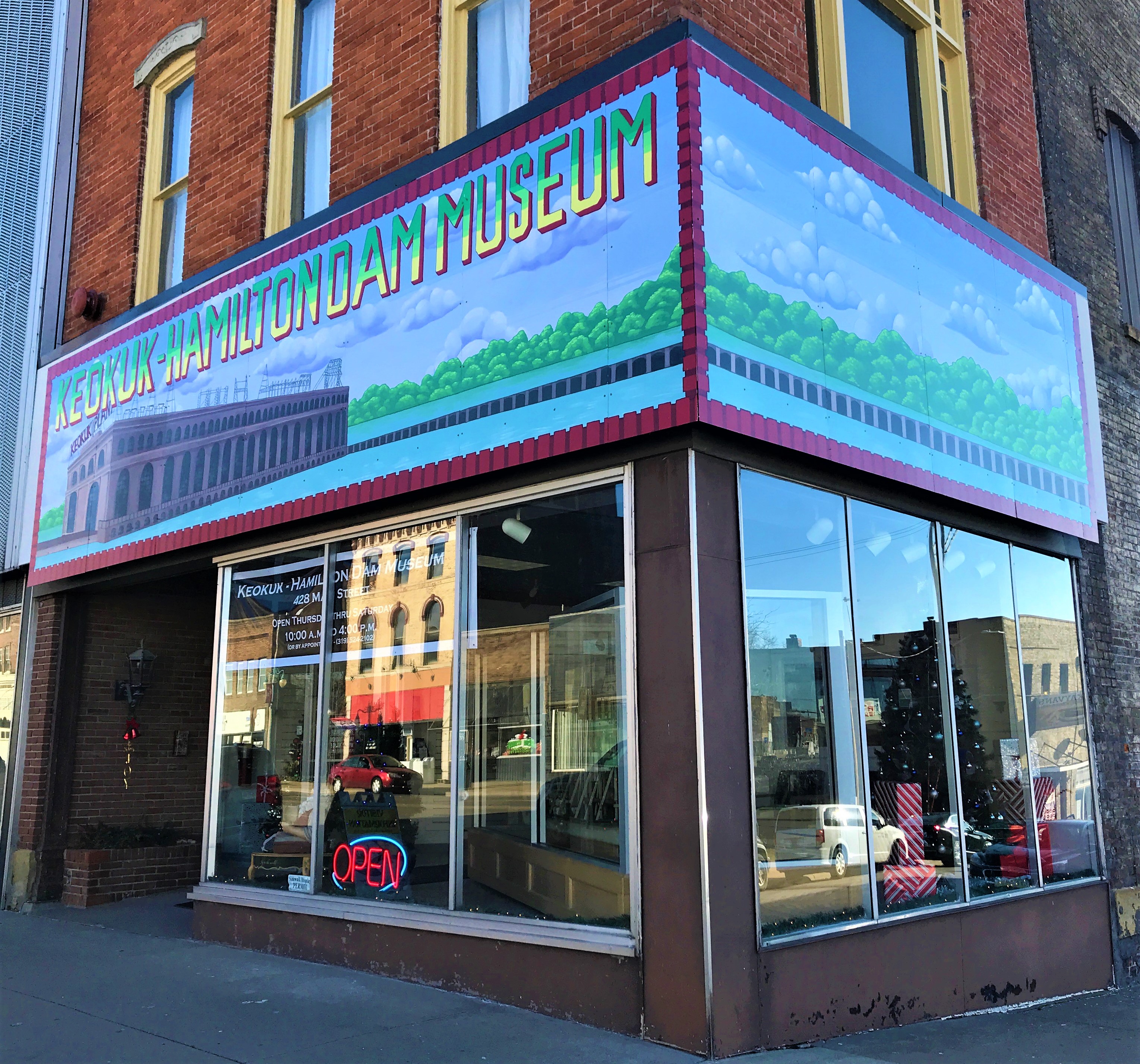 Keokuk, Iowa is located on bluffs overlooking the Mississippi River and is well known for Lock and Dam No. 19, which listed in the National Register of Historic Places.

In 1905, the U.S. Congress passed a bill granting the Keokuk and Hamilton Water Power Company the right to dam the river and construct a hydro-electric plant at the foot of the rapids and to build a new lock and dry dock to replace the 1877, canal which had become too small to handle the newer boats of the day. Construction on Lock and Dam No. 19 was started in 1910 and completed in 1913 with the cost being borne by the power company. The Keokuk Power House was the largest capacity, single powerhouse electricity generating plant in the world. The powerhouse provided electricity for Keokuk and cities as far away as St. Louis. The powerhouse also attracted industry to the Keokuk area.

Addressing Keokuk’s goal of leveraging its existing local assets by focusing on its history as a tourism generator, as well as a marketing and community branding tool, the America’s First Great Dam Foundation is opening the Keokuk-Hamilton Dam Museum on Main Street. To draw attention to this engineering marvel and the museum’s location, the Foundation will hire a University of Iowa student to design and install a mural on the building.

In the spring of 2019, the university offered a Grant Wood Public Art Residency, during which graduate and undergraduate students learned the theory of practice of art in public spaces. The residency developed a group of emerging artists ready to work with IISC and meet Iowa communities’ needs.  The residency resulted in many public art projects throughout the state, including the Keokuk-Hamilton Dam Museum Mural project.